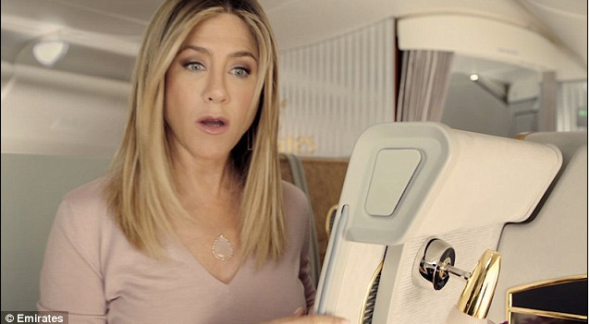 Few days back, Emirates published the opening of its new commercial and had the world anticipating and guessing what could be its amazing continuation.

“Who was this enigmatic Sir?” was the question being asked all over social media, all over the world.

Some speculated it was an old ‘Friends’ cast; some were even convinced it was ‘Brad Pitt’.

Imagination flowed, as it should have.

I, from my side, was expecting the start of an Epic, à la Nespresso campaign, featuring George Clooney and Jean Dujardin.

I was expecting Emirates to leap into awesomeness, and make us dream. Something only Emirates could do.

I could not expect less from the world’s best airlines.

Then came 5pm yesterday, the much anticipated reveal rendez-vouz.

I was on the road and as soon as I stopped at traffic lights, I reached for my phone with such a ridiculous enthusiasm and…

The enthusiasm that started few days back, turned 20 seconds later, into a jaw dropping disappointment.

The Epic I had in mind turned out to be a trip into lame-land.

This much anticipated ad stank of ‘ticked marketing boxes’.

I could almost hear the brand teams shouting out in the background:

‘Let’s add a kid, it would be so cute…and emotional…oh and let’s make him dream of becoming a pilot…. an Emirates pilot!’

‘Where is my family…. Families constitute 56% of our passengers, WE NEED TO HAVE A FAMILY!’

‘What about Economy Class??? We need to highlight that our Economy class is comfortable…”

What I was hoping to be one of the best ads of the month, turned out to be a trip into the mundane, a story where ‘Jen’ is so comfortable in Economy that she doesn’t want to return to her First Class Cabin….

Seriously Emirates? Who will buy this?

I have been flying Emirates for the past 20 years. It is my favorite Airlines, and probably the worlds’ too.

You had a chance to build an epic and become the World’s best advertiser and inspire us a bit more. Make us dream like only you could. But instead, you succumbed to these boxes that needed to be ticked.

I will keep hoping that one day, your communication will be as good as the amazing experience you offer… 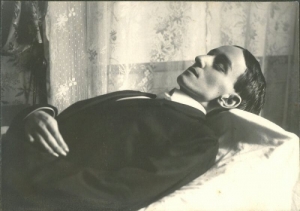 Bob died of a massive heart attack. The funeral director bathed him, brushed back his hair, touched up his face and  dressed him up in a finely cut suit and Gucci shoes. Bob was ready to face the world one last time. But Bob is as dead as a door nail. And if he were left out any longer, rigor mortis would kick in and he would rot and stink. Sadly, the suit and the shoes will not help (Sorry, Gucci).
Now let me tell you that Bob is actually an ad, a TVC or a direct mailer. And the soul is an idea. Without the soul, no matter what it wears, it will stink and get buried in the graveyard of sameness.
Such is the power of an idea. You can cloak its absence with gimmicks, execution style, and with a litany of rationales. But let’s not kid ourselves – it’s dead.
So why is it so difficult to instil ideas? Believe you me, it’s not rocket science to come up with one. It takes the same amount of time to do a ‘crappy’ ad as it does to do something that’s memorable and stands out. You hunt for images and fonts. You spend hours trying different backgrounds. What’s the point in flogging a dead horse?
If a client’s aversion to ideas is what’s stopping you from infusing an idea into your every day work then you need to understand the true meaning of an idea.
An idea is not a bizarre, abstract and cryptic puzzle that you pride yourself in while everyone around you doesn’t get it. If that’s your definition of an idea then you are in the wrong profession. Maybe you should paint. There’s a huge market for abstract art – people don’t understand it but pay a king’s ransom to own it.
The ideas that I am talking about are simple truths born out of insights. It’s the originality and power of how it is presented.
It’s what happens when we shed all the frills that adorn our egos and start looking at consumers as real people. We tell stories, we make them laugh, cry, sing, question the status quo.
When your core idea is steeped in the essence of the brand, chances are the client wouldn’t reject it. But you cannot arrive at path-breaking ideas if you haven’t understood the brief. Don’t just read it. Question it. Believe in it. A brief is like a stereogram, if you look at it long and hard you will see an idea taking shape. And the more you immerse yourself in it, the clearer it will get. Look for gold nuggets. Push for insights. Find the many ways in which the product can enrich lives then dramatise them.
Breathe life into your work and it will live in people’s minds.
And, if you do it with all your heart, become immortal in a hall of fame… 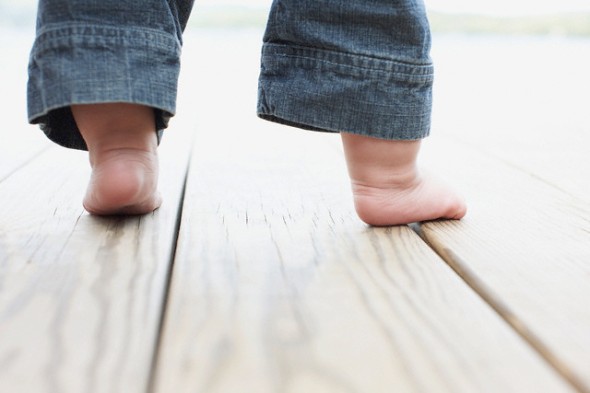 Some of my friends and colleagues often joke about my reaction to things. It’s not rare to hear me exclaim wow! when a designer shows me a thing of beauty or when another creative comes up with a great idea. The fact is that these little thoughts / ideas / designs – no matter how small and where they come from – are rare little pieces of brilliance and creativity. They might solve a problem (big or small) or connect people or concepts, or just make the world a more beautiful and better place.

I am a champion of creativity and open mindedness. I love and support the creative process and connecting previously unconnected ideas together. I believe the result is a small step to humankinds’ improvement. And todays’ economy is powered by this creation and innovation. This is what WordPress and Tumblr and Blogging and Facebook and Twitter and Pinterest and Google+ and Youtube and Smartphones (you get my drift!) are all about. They get people designing, creating, solving and then sharing.

I read something yesterday – I cant remember who said it or where I read it (so sorry about the lack of attribution) but it was something like “if we honestly seek to change ourselves or our condition just 1% each day, that’s 365% of change in a year”.

So, here’s to more WOW! moments, living consciously and changing our condition and the world positively.

Last week we had some fun.

We gave each and everyone in Livingroom a line, a belief, a promise from our agency Manifesto and a week to come up with an idea around it.

It would have been one of those tasks that get lost in inboxes,

thrown on the back burner while day to day work takes priority,

or even ignored and forgotten till its dead and meaningless.

Luckily, we don’t abide by the ‘Normally’.

We heard finance pitching their ideas to designers over a cigarette break,

Journey planning playing around with fonts,

Proud & glowing faces with ‘I found my idea’ written all over them.

And the result was mind blowing, nothing less than ‘Goose bumpy’,

Livingroom transformed into an art exhibition where everyone displayed their ‘own-created-developed’ idea.

A reinforcement to our belief that great ideas come from anywhere and that we were indeed surrounded by Talent.

ITS WHEN YOU’D TOUCH EACH OTHER WITHOUT A GUILT 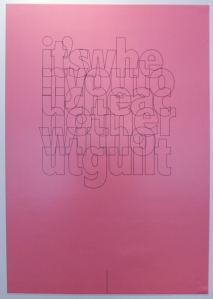 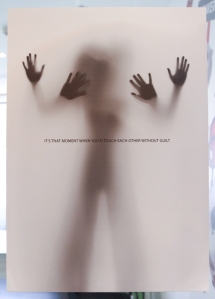 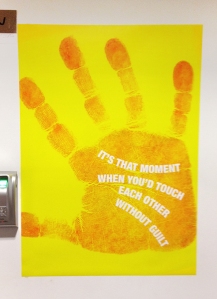 ITS THAT TIGHTEST HUG YOU’D GIVE YOUR PARTNER 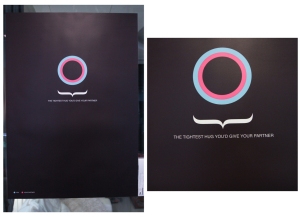 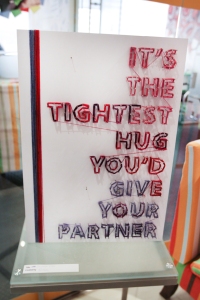 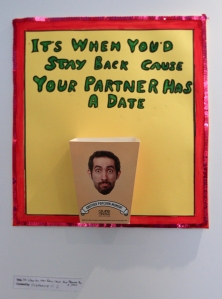 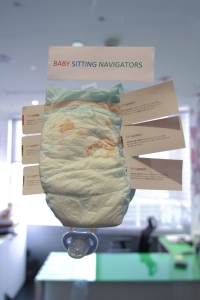 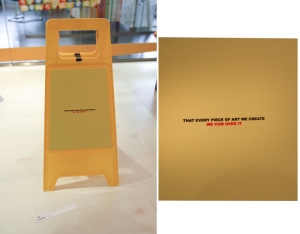 WE BELIEVE TALENTS ARE IRREPLACEABLE 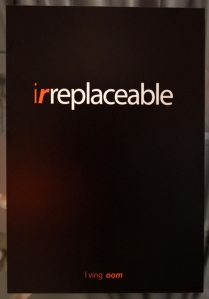 WE BELIEVE OUR FLABBY TUMMY WILL NOT SLOW US DOWN 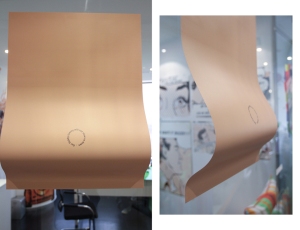 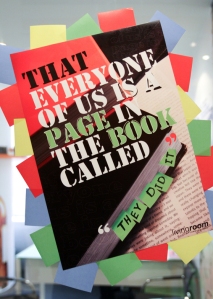 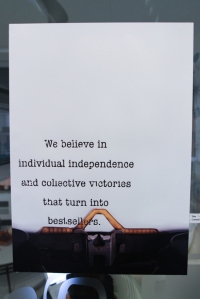 ITS A BELIEF THAT MAKES OUR HEARTS BEAT LOUDER THAN THUNDER 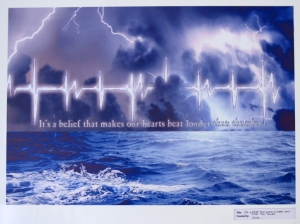 IT’S THAT CUP OF TEA YOU’S PREPARE FOR A VISITOR, A COLLEAGUE OR A CLIENT 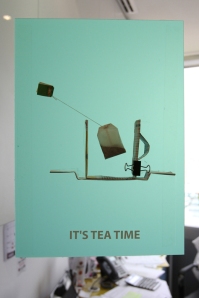 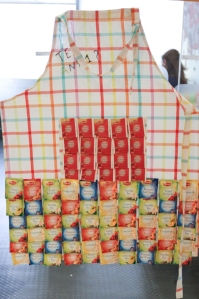 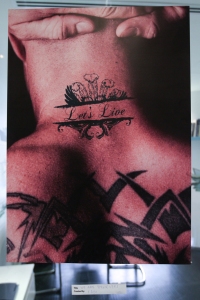 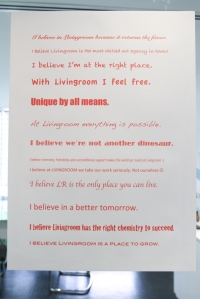 EINSTEIN ONCE SAID ‘FUCK YOU’. WE SAY, ‘FUCK YOU EINSTEIN’ 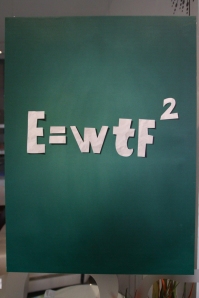 WE BELIEVE THERE IS NO NIGHT…JUST THE ABSENCE OF LIGHT 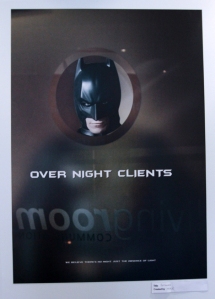 WHEN THE SUN SLEEPS, WE TURN ON THE STARS 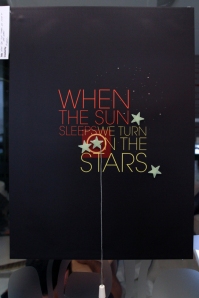 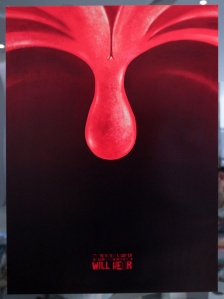 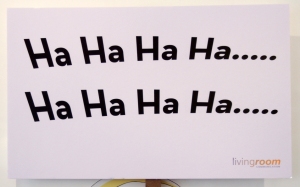 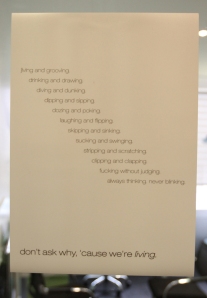 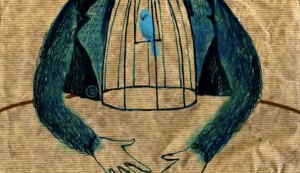 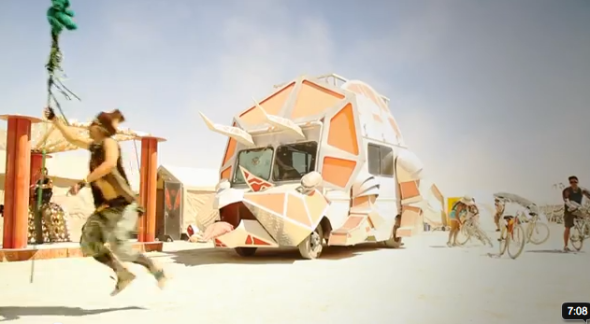 Based on Dr. Seuss’s final book before his death, this is a story about life’s ups and downs, told by the people of Burning Man 2011.

The New World by GOOD + Fiat.

A nice little campaign from Fiat in collaboration with GOOD. Here’s why I like it:

1. It’s simple
2. It’s laying out the values of Fiat as a progressive company for progressive people
3. It’s interesting and entertaining and engaging
4. It kept me on the site for longer than 1 minute. 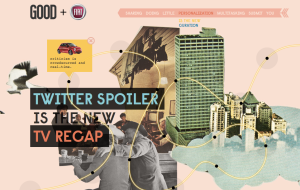